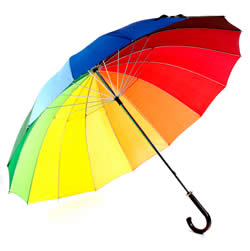 Monday, 04 April 2011
Last week, I read on the TES supply teacher forum that I could pay less National Insurance contributions while being employed by an umbrella company. I phoned my umbrella company, at 10:30am this morning, but the person I spoke to was vague about class 1 contributions and whether I had paid enough NI to qualify for entitlements such as contributions based Jobseekers Allowance. He told me I could make additional voluntary contributions, but I replied that these would be no use if made too late. The following is a message I posted in adjusted forms on my union website forum, the TES forum and as an email to my union representative:
“I have been working as a supply teacher for a teaching agency and, as a result, have been employed by an umbrella company. I understand that I may be paying class 1 National Insurance, although I am not certain because the person I spoke to at the company seemed vague. However, I could be making less National Insurance contributions through this organisation, which means I may not be entitled to certain rights such as my state pension and contributions-based Jobseekers Allowance. Does the union have any advice, guidance or information on these umbrella companies? Thank you.”

Royal Mail has increased the cost of first class post by 5p o 46p - the biggest increase in one step ever recorded. Second class stamps have also increased, this time by 4p to 36p, while large letters jump by 9p to 75p for first class and by 7p to 58p for second class. Postcomm, the postal services regulator, gave permission for the increases in November last year. Royal Mail announced the proposed increases in December 2010. The regulator says that the increases will help fund Royal Mail's modernisation programme. In December 2010 and this February, I had two statements go missing, from a bank who have not previously failed to provide them. On the other hand, Royal Mail consistently fails to deliver important letters to the correct address and at the right time. It seems that with an ever decreasing quality of service, comes a massively increasing cost to the customer.