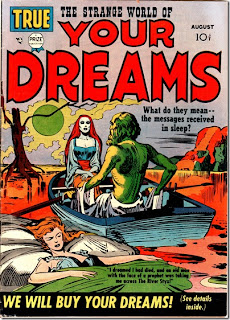 Sunday, 6th March 2011
Have you ever lain in bed, just before sleep, when something from the past came back to haunt you? This happened to me last night, when I began thinking about a discussion with a person from an agency. I was enquiring about the lack of work, when she said, “There are some schools where you don’t fit.” To which I replied, “I understand that . . .”
Throughout my career in education, I have encountered teachers who did not fit. From a student who failed his teaching practice during my third year of teaching to a fellow supply teacher much criticised recently. The student, who had an interest in music and theatre, was highly regarded by the school and successfully completed his teaching practice. However, when he went to another school, he failed the teaching practice, so he returned to us to regain his confidence. Recently, I worked in a year group with another supply teacher, all day and including athletics outside on the field. She struck me as completely competent, but I later overheard criticisms of her not doing the work that had been set. I did not think this was the case, but I am ashamed to say I did not intervene. In between times, I have known various hard working teachers, who were ignored, because they just concentrated on the teaching and did not shout from the rooftops.
Monday, 7th March 2011
On BBC Radio 4 this morning was the first part of a serialised story, called To Miss with Love. Read by Adjoa Andoh, it took the form of a diary by a secondary teacher, working in an inner-city school (Katharine Birbalsingh). I could relate to her experience of the lack of time, lack of support, demoralising meetings, physical abuse from pupils and so on. What I liked about the style of writing was the way in which the author, Katharine Birbalsingh, used the characteristics of students and teachers to give them a name, such as ‘furious’. It has inspired me to try to do the same and, although derivative, could be useful
To Miss With Love 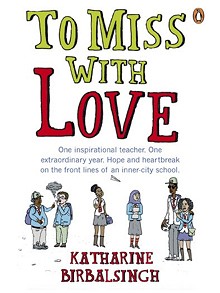 The first of five parts of To Miss with Love begins on BBC Radio 4 at 9:45am - 10:00am (Monday 07 March 2011). According to the Radio Times website, it is, “The diary of inner-city teacher Katharine Birbalsingh, who has been teaching in a state school in London for over a decade, determined to make it an interesting and exciting place of learning. She recalls a year of fights, phone-thefts, teenage pregnancies and Ofsted reports that have blighted her job, as well as the troubled lives of the pupils under her care. Read by Adjoa Andoh.”
In this episode, the diary entries included:
(i) an encounter with former pupils, from her first tutor group, on her journey to school;
(ii) a discussion with a teacher in a private school who expects all of her students to pass their exams;
(iii) a happy student on exam results day;
(iv) first staff meeting of the year on Ofsted;
(v) discussion with a teacher who admits to having trouble sleeping;
(vi) a teacher who is physically assaulted by a pupil called ‘furious’. Despite being hit on the head by a stone, he did not see the perpetrator, so a lack of witness means his word is not taken;
(vii) a lack of support during a confrontation with the same pupil, ‘furious’, on the playground;
(viii) the plight of a child who has her dinner money stolen;
(viii) headteacher’s briefing concerning the sporting achievement of ‘furious’ and independent learning; and
(ix) a frustrating meeting with the parents of ‘furious’.
More information from the BBC website:
Book of the Week - To Miss With Love - Episode 1
Written by Katharine Birbalsingh
A third of teachers leave within their first term on the job. This one wouldn't quit for all the world.
Meet Furious - sixteen, handsome and completely out of control. Nothing frightens him and no one can get through to him. Now meet Munchkin - a sweet kid with glasses who's an easy target and needs protecting. Then there's Seething and Deranged, two girls who are brimming with bad attitude; Fifty and Cent, who act like gangsters but are afraid of getting beaten up; and Stoic, a brilliant young mind struggling to survive.
In the midst of them all, there is a bodyguard and bouncer, a counsellor and confidante, a young woman whose job it is to motivate and inspire them and somehow keep them out of trouble: their teacher. None will make it through the year unscathed. Some may not even make it at all.
Spanning a year of shocking truths and hard-won victories, of fights and phone-thefts, teenage pregnancies and the dreaded OFSTED report, this is the remarkable diary of an inner-city school teacher. Revealing the extraordinary chaos, mismanagement and wrong-thinking that plague our education system, it is a funny, surprising and sometimes heartbreaking journey from the frontlines of the classroom to the heart of modern .
Katharine Birbalsingh has been teaching in the state school system in for over a decade. Her dream is for all schools to become interesting and exciting places of learning, where children feel safe, happy and free to aim to be the best that they can be.
Produced by Clive Brill/ A Pacificus Production for BBC Radio 4
Duration 15 minutes

NOTE: Katharine Birbalsingh is famous as the deputy headteacher who exposed the failings of the comprehensive school system at the Conservative Party conference last year (2010) and was subsequently forced to resign from her school. Katharine has been teaching in inner for over a decade and plans to set up a in south to help serve underprivileged children. Her book, To Miss with Love, was launched on Thursday 3rd March. Her blog is here: http://blogs.telegraph.co.uk/news/author/katharinebirbalsingh/

Monday, 7th March 2011 pt2
On Monday 28th February, I telephoned my agency because there was an error with my pay for two days on Thursday 10th and Friday 11th February. The person I wanted to speak to was not there. As I was working all day on Tuesday, I telephoned again on Wednesday 2nd March. They admitted the error was theirs and the missing pay would be added to my next pay slip. Today I received the next pay slip and the amount was still missing so I phoned again. They apologised and said they would look into the error. This is not the first time errors, always in favour of the agency, have occurred.